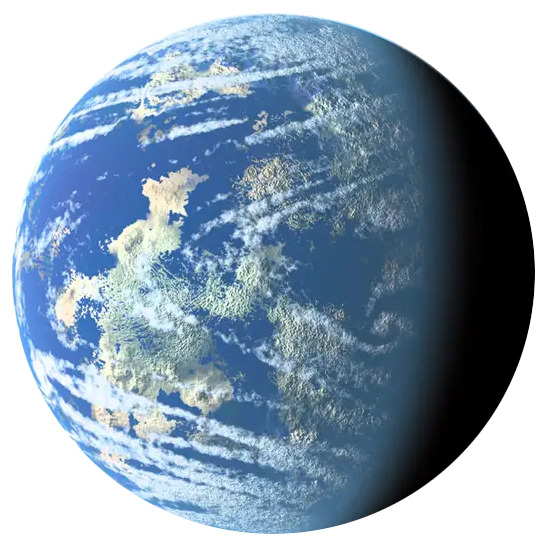 Solitarius is planet in a solar system lightyears away from Earth, where a stranded colony of humans struggle to survive.
Five hundred years ago, a space exploration expedition from Earth got stranded on Solitarius when all their technology was destroyed by a Carrington event. To make things worse, the immediate survivors were then attacked and almost wiped out by the Dooma.
The Dooma were huge pterosaur-like flying animals that, albeit intelligent, saw the humans as a threat to their existence. When the colony was down to just over thirty people, the attacks unexpectedly stopped and the Dooma disappeared.
After the attacks, the colony eventually built up a rudimentary civilization with only vague ideas about modern technology. Reading and writing survived, but most documentation was destroyed or lost. What knowledge remained was written down from memory on the Dooma Scrolls, and kept hidden by the chief of the town of Barnes, the oldest settlement established by the survivors.
Published: 24 september 2020

We use cookies on our website to give you the most relevant experience by remembering your preferences and repeat visits. By clicking “Accept”, you consent to the use of ALL the cookies.
Cookie settingsACCEPT
Manage consent

This website uses cookies to improve your experience while you navigate through the website. Out of these, the cookies that are categorized as necessary are stored on your browser as they are essential for the working of basic functionalities of the website. We also use third-party cookies that help us analyze and understand how you use this website. These cookies will be stored in your browser only with your consent. You also have the option to opt-out of these cookies. But opting out of some of these cookies may affect your browsing experience.
Necessary Always Enabled
Necessary cookies are absolutely essential for the website to function properly. These cookies ensure basic functionalities and security features of the website, anonymously.
Functional
Functional cookies help to perform certain functionalities like sharing the content of the website on social media platforms, collect feedbacks, and other third-party features.
Performance
Performance cookies are used to understand and analyze the key performance indexes of the website which helps in delivering a better user experience for the visitors.
Analytics
Analytical cookies are used to understand how visitors interact with the website. These cookies help provide information on metrics the number of visitors, bounce rate, traffic source, etc.
Advertisement
Advertisement cookies are used to provide visitors with relevant ads and marketing campaigns. These cookies track visitors across websites and collect information to provide customized ads.
Others
Other uncategorized cookies are those that are being analyzed and have not been classified into a category as yet.
SAVE & ACCEPT